Cinco de Mayo, or the fifth of May, is a holiday that celebrates the date of the Mexican army’s 1862 victory over France at the Battle of Puebla during the Franco-Mexican War. Many people outside Mexico mistakenly believe that Cinco de Mayo is a celebration of Mexican independence, which was declared more than 50 years before the Battle of Puebla. In the United States Cinco de Mayo has evolved into a commemoration of Mexican culture and heritage; many Americans celebrate by heading to their local Mexican restaurant to have a margarita or two.

Here’s a look at what’s happening in Homewood on Cinco de Mayo: 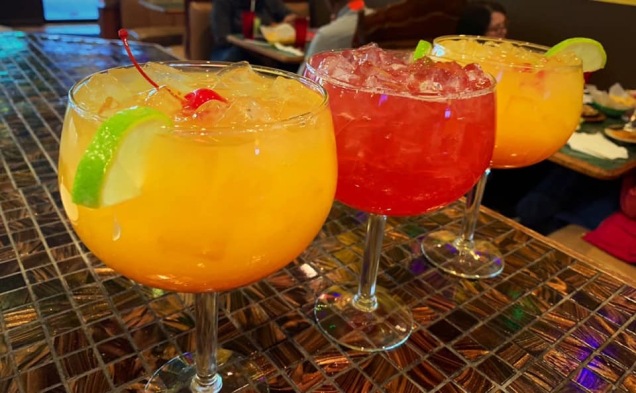 Maya, located in the shopping center on the corner of Oxmoor and Greensprings, will celebrate Cinco de Mayo with drink specials and other festivities.

Recently listed as #10 on Yelp’s Top 50 Places to Eat in Birmingham, Maya offers an extensive selection of margaritas, many made with fresh-fruit. Check out our previous article on Maya’s Many Margaritas for more on this.

Cinco de Mayo specials include: On-the-rocks or frozen house margaritas for $3.50 and $2 beers. The restaurant will also celebrate with piñatas at 3pm.

If you’re in the Downtown Homewood area consider going to Little Donkey, known for their strong margaritas and their taco selection. Parking is sure to be an issue, but a little walking won’t hurt!

Taco Mama, known for their colorful decor and fast-casual style of dining is sure to be busy on Cinco de Mayo. Their exclusively shaken, on-the-rocks margaritas have made quite an impression on the area, with long lines forming at peak times.